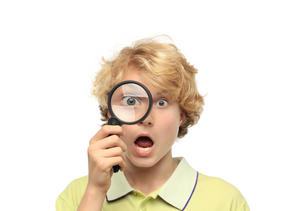 In a previous article, the methods and skills for science inquiry were introduced. Inquiry is such an engaging way to learn because it presents a mystery to solve. The instructor’s role is not to present information. Instead, it is to provide opportunities for experiences from which participants can learn. Making observations, asking questions, and predicting outcomes are the bedrock of science. Inquiry-based instruction also expects that learners will evaluate data, explain the reasons for the outcomes, and make adjustments after listening to others’ explanations.

It is important for learners to recognize that scientific knowledge is subject to change as more data is collected and analyzed, and more conclusions are drawn. We used to think the earth was flat. We learned it was not. A crucial part of inquiry is to have pupils explain what happened or summarize what happened. Advanced science learners may even be able to explain WHY it happened. As inquiries are carried out, make time for students to share their results with each other and, more importantly, to hear each other’s explanations for those results. Scientific thinking does not occur in isolation and neither should your scientists’ thinking. Justifying their own reasoning for the achieved results forces one to think through the data and reinforces the concepts.

Communicating their thinking, both in writing and verbally, is an essential skill for scientists. Each lesson should culminate in a reflection period in which each person either writes about their understanding of the day’s concept or expresses it verbally. A verbal reflection might sound something like this:

Explain why this happened: This is the critical part for you, the teacher. This allows you to assess how students are thinking about concepts. Encourage them to politely debate each other’s understanding. Emphasize that is okay to alter one’s own explanation if another sounds more logical.

An important purpose of assessment is to guide instruction. Assessment should focus not only on current lessons, but on how students’ thinking is developing. In essence, it should not measure the questions that a pupil is able to answer; rather it should consider the questions that he is asking. Remember the observation notes were made at the beginning of the inquiry? This kind of information is a valuable assessment tool. When you compare these observations over the course of a year, a larger picture of a student’s understanding of science concepts emerges.

Authentic inquiry-based learning relies on the acceptance that children will arrive at various destination points at differing times. It is not the teacher’s responsibility to fill-in the missing information for pupils. Instead, the instructor should look to provide more experiences that will allow learners to deepen their understanding in a way that is meaningful to them.

To focus learning, instructors should let everyone know up-front what will be assessed. Children must understand the purpose of what they are doing. “The purpose of this lesson is X. You will use your observation skills to discover Y. You will show me what you observed by doing Z.”

Receiving timely feedback is also important to the next stage of learning. To strengthen their process skills, learners must know exactly where they fell short. “You had keen observations of X. I noticed in your reflection that you were unclear about the procedure you used to investigate. Next time, make notes of each step of the procedure.”

Certainly not every science topic lends itself to inquiry. In addition, not all inquiry is hands-on. Analyzing data to answer a question in their inquiry can be gathered from the internet rather than the lab. On the flip side, just because an activity is hands-on doesn’t mean it is based on inquiry. Making a volcano model is hands-on but not necessarily an inquiry. With a little tweaking, many of the science labs you currently do can be based in inquiry. Sometimes, all that is required is to move an investigation from the end of a unit to the beginning: mystery first; concepts later. To remove some of the scaffolding from a textbook lab, you can eliminate portions of the procedure list or data table. As long as your scientists develop a question to research, analyze the data, and then draw conclusions based on that data, most activities can become inquiry.

Take a look at these ideas from Lesson Planet contributors:

Protect the Skin You’re in

This lesson about skin cancer prevention for middle and high school takes participants through the stages of inquiry. First, they brainstorm a list of questions about sunscreen and choose one to turn into a hypothesis. Next, they design an experiment to test their question using UV beads. Finally, they administer a survey to their peers and analyze the results. Links and resources are provided.

If you are familiar with a cookbook-style approach to a lab on enzymes, but would like to know how to change it so that it is more inquiry-based, check out this lesson. A high school biology teacher in Connecticut modified an existing lab so that pupils had to design their own experiment to test biochemical reactions mediated by enzymes.

Although not written the most clearly, this inquiry for younger learners is still well thought out.  Sometimes pupils need more scaffolding, and this lesson does a nice job of providing it before turning them loose to experiment on their own. Young scientists investigate how the dimensions of a block of ice affect its ability to float and then explore how other attributes might affect it.

This article encourages teachers to turn television advertising into a lesson on scientific inquiry. Which brand of trash bags really is the strongest? Which cereal has the most raisins per bowl? Although simple, these investigations will appeal to your class because they hear the claims so often.