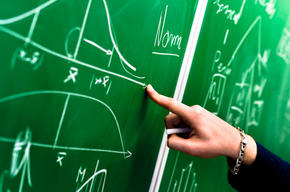 When teachers reveal a human element of mathematics, it can become a more interesting subject to learn about. One way this can be done is by focusing on the lives of mathematicians. When students discover the person behind the math, they will find math more memorable. Maria Gaetana Agnesi is a mathematician worth studying.

The Life of a Genius

Maria Gaetana Agnesi has been called “one of the most extraordinary women scholars of all time” (Osen, 1975). Maria was born in Milan, Italy on May 16, 1718. Her family was affluent and well educated. Her father, Pietro Agnesi Mariami, was a professor of mathematics and also the chair at the University of Bologna. Maria’s father and mother, Anna Brivio, placed a high value on Maria’s education. In addition, Agnesi’s father frequently hosted discussions in his home which were attended by some of the most distinguished scholars of the time. Since Maria was often permitted to take part in these discussions, they greatly contributed to her education.

Maria was something of a child prodigy when it came to learning languages. At the age of five years old, Maria spoke French and Italian. By the age of nine, she had mastered Latin, Greek, Hebrew, and several other modern languages. Around this same time period, Maria delivered a discourse in Latin on the benefits of higher education for women, which was to be “a subject that continued to interest her throughout her life” (Osen, 1975). During her teen years, Maria continued with her studies, and also tutored her younger brothers. Maria’s father had twenty-one children from three different wives, and Maria was responsible for their education.

The Pursuit of Education

It was also during her teen years that Maria mastered mathematics. The work of Newton, Leibniz, Fermat, Descartes, Euler, and the Bernoulli brothers was of particular interest to her. It was also during this time period that Maria began her most important work, “Analytical Institutions”, which included the subjects of differential and integral calculus. After working for 10 years on “Analytical Institutions,” it was finally published in Italian in 1974 under the title, “Instituzioni Analitiche ad uso della Gioventu Italiana.”

Maria created this publication as a textbook for her brothers, but it turned into a text book for calculus. “Agnesi’s great service was that she pulled together into her two volumes the works of various mathematicians, including Newton’s method of ‘fluxions’ and Leibniz’s method of differentials” (Osen, 1975). These volumes of “Analytical Institutions” were later translated into French and English, and were widely used as textbooks throughout Europe. The analysis of finite quantities makes up the first section of “Analytical Institutions”. It further discusses the construction of loci, including conic sections. Maria also deals with elementary problems of maxima and minima, tangents, and inflections in this section.

Integral calculus makes up the third section of Agnesi’s work. She outlines some basic rules for integration and “there is a discussion on the expression of a function as a power series” (Osen, 1975). Maria discusses “inverse method of tangents in the last section of the volume as well as very fundamental differential equations” (Osen, 1975). In her “Analytical Institutions”, Maria’s goal was to give a complete and integrated presentation on the subjects as they were then known. Remind your students that in the middle of the 18th century, calculus was still in a development state and new procedures and theorems were constantly being added to its existing core. In 1748, when Maria’s father became ill, she began to take her father’s place as a lecturer. Two years later, Maria was appointed the mathematics chair at the University of Bologna. However, when her father died in 1752, Maria gave up her life of mathematics. She devoted the rest of her life to serving the elderly, poor, and unfortunate.

The Historical and Cultural Context of a Woman Mathematician

Many European countries were opposed to higher education of women during the Middle Ages, mostly because of the church’s influence. It was widely believed that reading and writing for females was a source of temptation and sin and therefore women were mostly not allowed to be properly educated. The status of women changed very slowly, except for in Italy, the birthplace of the Renaissance. In fact, the sociocultural condition of Agnesi’s era only allowed for few women to enter Italian academies and universities in the late-seventeenth and early-eighteenth century. Since Maria was from a wealthy family, and she happened to live in Italy where the Catholic Enlightenment was allowing a few women to enter academia, Maria was able to establish herself as a legitimate author of a mathematical treatise.

The Origin of the Title, the “Witch” of Agnesi

That which has received most of the attention with regard to Maria Agnesi concerns her analysis of a certain “versed sine curve, originally studied by Fermat” (Osen, 1975). In Italian, the curve had come to be called a versiera, derived from the Latin  word “to turn.” According to Osen, “It was also an abbreviation for the Italian word ‘avversiera’ or ‘wife of the devil.'” So, when Maria Agnesi’s treatment of the curve was translated by the Englishman John Colson, a professor of mathematics at Cambridge, he translated the word versiera into witch. The curve discussed by Maria then came to be known as “Witch of Agnesi.” This title was particularly ironic given Agnesi’s saint-like devotion to her faith, and the witch hunts that were taking place in Europe and North America during that time period.

“Some wit in England once translated it ‘witch,’ and the silly pun is still lovingly preserved in most of our textbooks in the English language.” D.J. Struik

A Note from the Author

Especially during this season, pupils will engage with the term ‘witch’, as it is used to describe Agnesi’s curve. Learners will be intrigued by a saintly mathematician who is remembered as a witch. The play on words is especially interesting with regard to the witch hunts of Europe and North America.

I found Agnesi’s book particularly important because her main motivation seems to be to provide an educational tool to help young people with calculus. Since Agnesi worked 10 years on that text, and spent countless hours teaching others, she was able to compile all of what was known about the subject of calculus from various sources and put them into more understandable language in one book. The idea of a very accessible, well-written, and comprehensive calculus book appealed to me, and will likely appeal to some of your students.

According to Riddle, the bell-shaped witch of Maria Agnesi can be constructed in the following way:

If I were going to explore the Witch of Agnesi for a class, it would probably be best suited for precalculus. One path of exploration might be to transform a Cartesian formula of the equation into parametric or vice versa.

Pupils explore the lives and careers of women who have made historic and contemporary contributions to the fields of mathematics and computer science.

Learners, in small groups, use the Internet and other traditional sources to research historically significant mathematicians, write a paper, and creatively present research in class.

Learners integrate the patterns of Fibonacci into music. Here is a geometry exercise where pupils apply the concepts of recursion, pattern and Phi or Golden Ratio to composing and playing music on various instruments. The lesson is co-taught with a music teacher.

A Post-Testing Project You Should Try in Your Classroom